Whiteheads are another form of non-inflammatory acne. Like blackheads, there is no redness or swelling associated with them. A whitehead starts the same way as all pimples do: There’s an overproduction of oil, then the pore gets clogged by sticky dead skin cells, trapping oil and p. acnes bacteria inside. Because it's not inflamed, it's called it a "comedo" (the plural is comedones.) 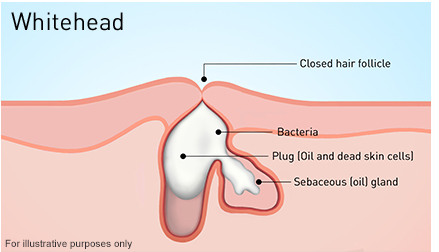 A whitehead has a thin layer of skin covering the pore, trapping the plug beneath the pore’s surface. Since the oil in the pore is not exposed to oxygen, it remains white or yellow-ish, the natural color of sebum and dead white blood cells (or pus). This differs from a blackhead, which is an open comedo that turns "black" when the pigment in the oil is oxidized by exposure to oxygen in the air. Like blackheads, whiteheads are usually on the face but also may occur on the torso.

Some cosmetics, including moisturizers, makeup and thick sunblocks and even beauty treatments, like, waxing can clog pores. Again, look for "non-comedogenic" products, meaning they won’t clog your pores. While it is tempting, never squeeze a whitehead. Squeezing "pimples" can spread bacteria, cause an infection, and create a scar. 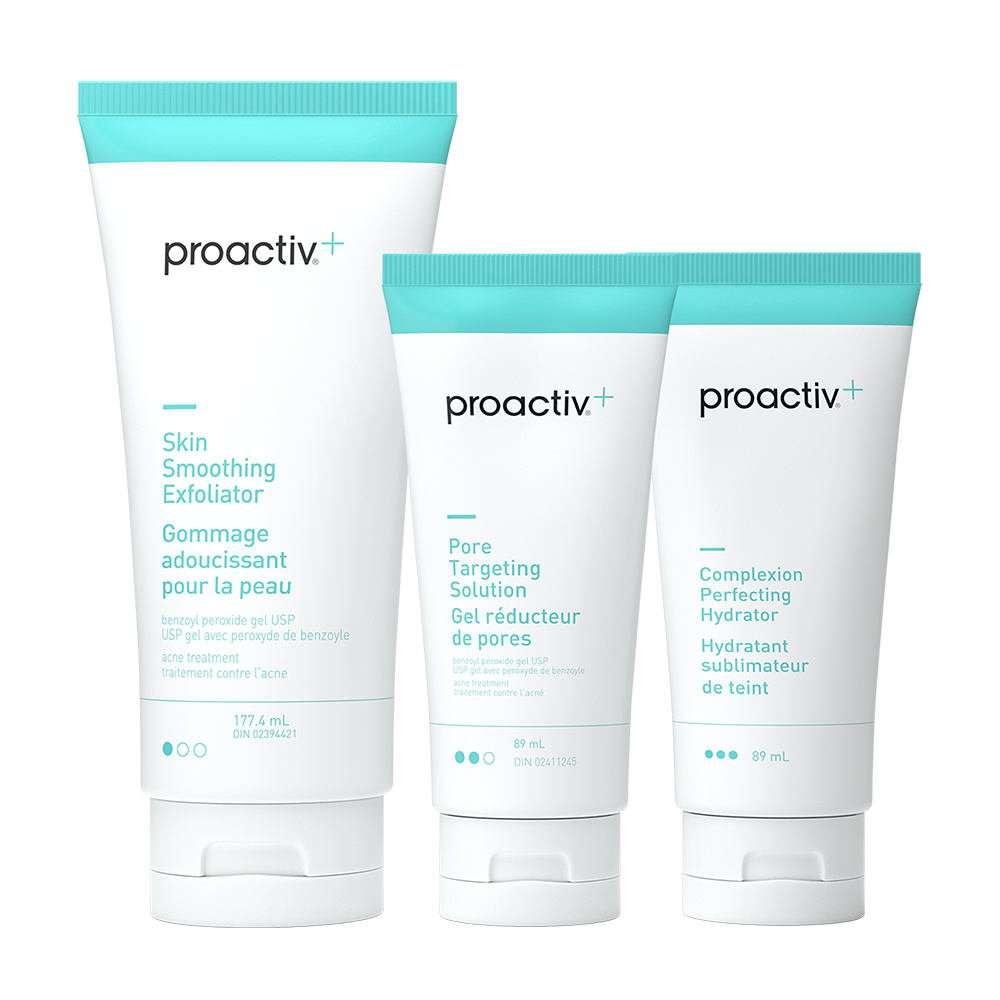 Achieve your best results with a variety of Proactiv® options.